For this installment, we spoke with Dr. Jason Stairs the Co-Owner and brewer of Garden State Beer Company.  Dr. Stairs received his Ph.D. in Chemistry from the Pennsylvania State University and has brought that knowledge to brewing fantastic beer.  Garden State Beer Company is continuing to expand production and has a solid lineup of beers including Blue Jersey American Wheat, Nucky’s Empiral IPA, and their award winning Cream of the Crop cream ale. 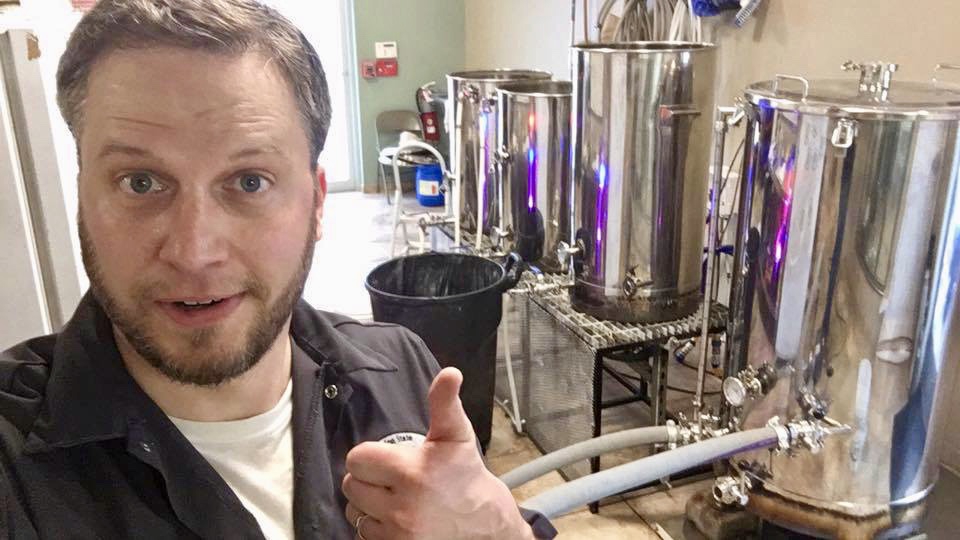 I first started making mead (honey wine), then tried hard cider. I eventually moved onto beer with a Mr. Beer kit. The first beer recipe I did on my own was an apple ale. It was a mixture of cider and beer, it was close but not quite there.

I don’t really have a favorite style to brew. It’s all grain and hops and boiling.

Every once in a while I do look, but the ratings are too subjective to influence what we brew.

We haven’t found a good source of local ingredients yet but would love to eventually.

Keep it simple and, if possible, get your water tested to know the water you’re using.

Don’t. It is the fastest way to ruin your hobby. All joking aside, you really have to love it. There will always be good parts but you aren’t going to get rich quick. It’s a lot of hot, hard work.

I would brew something different all the time if time allowed. It is what makes home brewing fun. As a commercial brewer, to be successful, we brew the same beers a lot to keep up with the demand of distribution.

We were surprised by how excited people were when they came to our place. We had worked so hard to open and everyone’s excitement kept us going and motivated us to keep it up

My wife and I love checking out the Craft Beer section of the liquor store for anything that looks interesting. We also try to patron the friendly local breweries near us when we can.

Where do you see the brewery in a year?

Cape May Brewing Company Having A Double Bottle Release on Saturday, 8/19