Armageddon Brewing has announced a Kickstarter Campaign after working for several years to successfully help change and write new laws regarding cider and mead production in New Jersey.  We are publishing their press release in full to tell their story and will have an interview with them on the site in the near future  If you have the means and would like to support them in their quest to open a production facility please follow any of the links below the press release for more information.

From The Press Release

Armageddon Brewing is the culmination of a shared dream of four sons of New Jersey with a passion for hard apple cider and mead. Just like so many, these four close friends are huge craft beer advocates, that love the huge variety of microbrews now available from coast to coast. Unfortunately, a few years back, founding member, Christian was diagnosed with Celiac disease, meaning that beer was out of the picture for him, since it’s basically gluten juice. It was this sudden change that lead Christian to search out gluten-free alternatives to beer – mainly, cider and mead. To his disappointment, what he found on the market was pretty lackluster. Most of the big-name ciders on store shelves were overly sweetened, flavored with artificial apple flavoring, while many being sold as mead were actually just low-alcohol white wine with honey added. Out of frustration, he turned to three close friends – Kyle, Matt, and Gill. As all four were avid homebrewers they resolved to solve this problem the only way they knew how. They started making their own ciders and meads, and nothing has been the same since!

What they learned after making many batches of cider, is that the apple is incredibly versatile, and hard apple cider does not need to be characterized as an offensively sweet beer alternative. The ciders that they began making ranged from incredibly dry, traditional French style ciders to sweet and juicy ciders, reminiscent to taking a bite from an apple right off the tree. And the meads were just as diverse; some were flavored and barrel aged to make the honey character extremely subtle, while others were bold and complex with the full flavor of the honey and added fruits and spices shining through.

Thankfully, after seeking a second and ultimately third opinion, it turned out Christian’s diagnosis was incorrect, and he has since been able to return to drinking beer and homebrewing. But all the guys came out of his experience with a greater understanding of hard ciders and mead, and a newfound drive and passion to create their home-made recipes on a larger scale.  The dream now is to share these incredible libations with as many as possible, starting with a taproom attached to their cidery and ultimately growing into a full production facility capable of far-reaching distribution. There’s was only one obstacle standing in their way…

Being the proud New Jersey sons that they are, they were set on opening in their beloved Garden State, but making hard cider and mead was illegal. Ok, maybe not technically illegal, but the stipulations and requirements needed in order to produce it were outlandish. Requirements like owning at least 3 acres of land to grow ingredients on. Ingredients that needed to make up at least 51% of what went into the hard cider. And there were no laws on the books for mead, making it effectively illegal to produce.
Well, they weren’t about to just give up, so they changed the law. It was a long process and at times seemed like an impossible task. But throughout several years of meeting with legislatures, drafting the bill, making concessions, and with the unwavering support of their local community as well as their local government, and some new friends in the alcohol industry. On May 11th of 2017, their bill was signed into law, making the production and distribution of hard cider and mead in New Jersey legal! Now all that’s left to do is open up shop and start making what they think is soon to be some of the best hard cider and mead on the market.

You’re probably familiar with hard cider. It’s a fermented beverage, like beer, that uses apples instead of grains. But you may be wondering what mead is. Mead is one of the oldest alcoholic beverages in the world, dating back to over 8000 years ago. In its simplest form, mead is a mixture of honey and water that is left to ferment. While the idea of honey water may make you think of an overly sweet drink, mead has all the complexities of wine, meaning it can range the gambit from mouth puckering dry to lip-smacking sweet and juicy.

What makes their hard ciders and meads different is that they strive for perfection – quality over quantity. So much so that the guys have an experimental pilot orchard where they grow a variety of cider apples to see which grow best in certain conditions and which juices go best with each other. With quality being paramount in this endeavor they employ completely organic and holistic farming techniques and methods to ensure the purest, best-tasting fruit and juice possible; No nasty chemical pesticides, just natural techniques used to suppress pests and invasive plants while encouraging the apple trees to produce the best fruit they can.

When it comes to their standard line up of ciders, they only use the best ingredients available and try to use as much organic locally sourced produce and honey as possible. But aside from what goes into the fermenter, what comes out is just as important. They’re making a variety of ciders and meads to please any and every palate. From incredibly tart and dry, to extremely approachable and drinkable. Armageddon Brewing is making the best beverages they can to satisfy everyone’s taste buds.

Armageddon is currently in the middle of a Kickstarter campaign to raise the funds necessary to open their facility. Your contributions will help them get the equipment essential to making their hard ciders and meads on a large scale. Things like a glycol chiller to serve their libations at the perfect temperatures, and a canning line to help distribute their ciders. Your help is also needed to make their taproom great. The more pledges they can bring in, the more they can dedicate to making the taproom a comfortable and inviting environment for everyone. Armageddon Brewing is currently working with a property owner and architect in Somerdale, New Jersey to finalize their space, but pledges to their Kickstarter are essential.

Visit Armageddon Brewing on the Web at www.armageddon-brewing.com 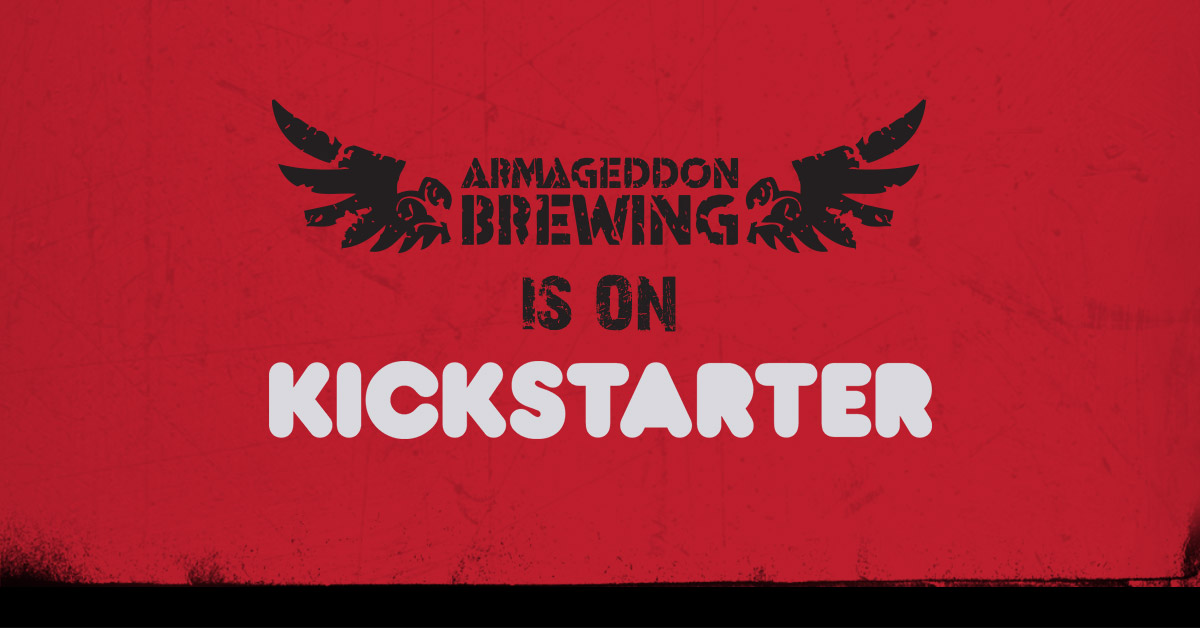 From Pastime to Passion: A Journey to Craft Beer through Feminism