BrewDog, the independent brewery based in Ellon, Scotland,  opened a massive, state-of-the-art brewing facility and pub in Columbus, Ohio last year and has started to expand their distribution to several states including here in New Jersey.

BrewDog was founded in 2007 by James Watt and Martin Dickie and quickly became a force in the European beer market.  Expansion to the United States was always on the radar and culminated with the building of a brewery that encompasses 42 acres and is the epicenter of their brewing operations here in the United States.  Some of you may be familiar with BrewDog from their Brew Dogs television show that airs here in the US where James and Martin travel the country in search of great beer and also brew a beer specific to an event or region on each show.

BrewDog will be distributed by Hunterdon Brewing Company here in New Jersey and they will be having some kick-off events to celebrate.  The South Jersey event will be held at The Blue Monkey Tavern in Merchantville on Thursday, 4/25 at 6 PM. 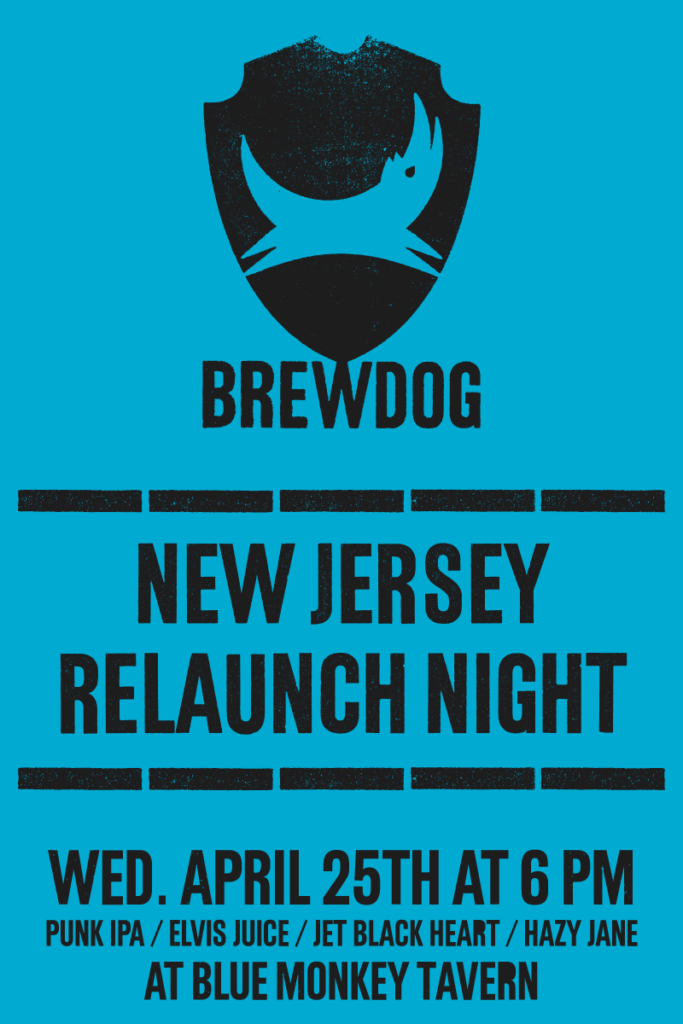 An Afternoon at Human Village Brewing in Pitman!