Exciting news!  Hidden Sands Brewing Company will open this weekend with a limited beer selection and also announced details of the full opening today via a press release.  Congrats to everyone at Hidden Sands and Best of Luck from all of us here at South Jersey Beer Scene!

From the Press Release 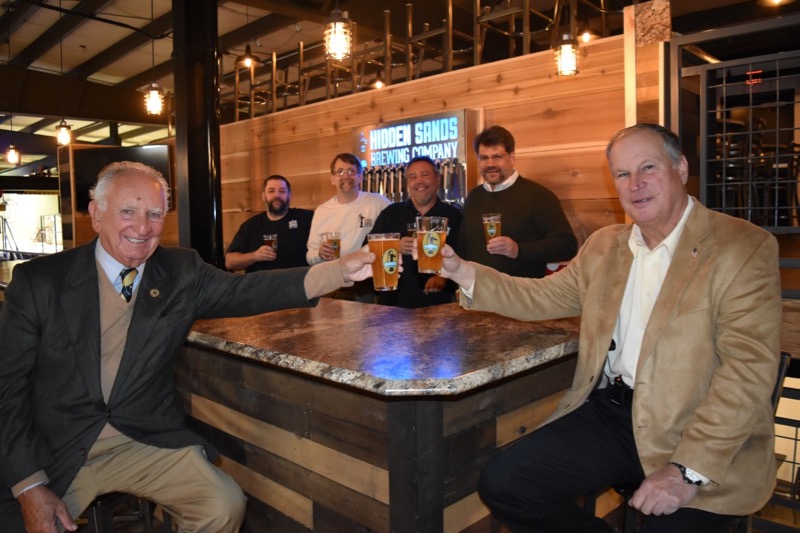 Egg Harbor Twp., NJ (December 14, 2017) – Mayor James Sonny McCullough along with Deputy Mayor Paul Hodson visited Hidden Sands Brewing Company on Wednesday, December 13 to sample the first batch of beer from the township’s newest brewery.  Pictured here with founders John Cipriani, Matt Helm, and Tony Ceppuralo, and Certified Brew Master, Luke Lindsey, McCullough and Dodson toured the Washington Avenue facility and toasted to their success.  Hidden Sands Brewing Company will hold a soft opening on Saturday, December 16 starting at 6pm and will be open on weekends with a limited beer selection.  It will then be open to the public with a full beer selection on January 12 after a private grand opening on January 11.  Hidden Sands Brewing Company is located at 6754 Washington Avenue, Unit B in Egg Harbor Township, NJ