What’s up beer people! First off, how freakin’ good is the brew being pushed out in this here “garden part” of the Garden State? Unreal stuff! My excitement level for what’s been going down from a beer production standpoint is pretty sky high. I, like you, love me some high-quality local brew.

But for me, that’s more of a side pleasure. My work background is wine related. For the last five years, I’ve been everything from a cellar rat, salesman, tasting room guy, and all around wine advocate for various wineries in South Jersey. I’ve recently spun all that off with my new venture, Day Sipper Tours….a wine/brew/spirits tour company out of a retro 70’s style VW Bus in Cape May County focused on getting people to all these awesome places in a laidback, educationally fun way. With an Advanced Cert from the WSET and an all around passion for tasting quality vino from around the globe, lemme tell you the winemakers down here aren’t messing around either! 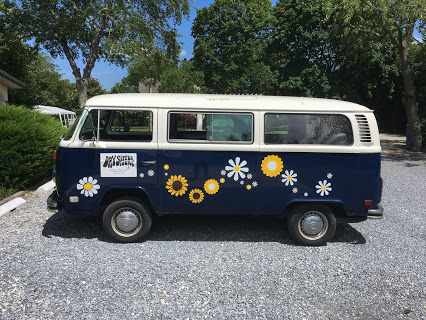 But if you’re just into the brews, you may be thinking, “Meh. Wine is pretentious. Wine is for snobs. Wine is an uppity, expensive-ass beverage that just doesn’t go down like my beer.” All valid points, yes….if you’re living in the past. The reality is we are now drinking more wine in the US today than we have ever consumed in the previous years combined. And that’s mainly because wine is not what its made out to be. Wine is nothing but grape juice turned into alcohol. That’s it! All the fancy smells, aromas, tannins, acids and bouquets can all be summed up to any single individual’s preferences. Wine is taste, true. But wine is subjective!

And that’s where you can relate to wine, especially on the local level. I’m not talking Pinot Grigio for $6.99 a bottle from Northern Italy. I’m talking hand harvested, locally grown grapes, planted outside your very own backyards and suited to the long, warm growing seasons, cool winds and sandy soils that are a staple of South Jersey. This wine, not unlike that locally crafted brewski has much more to offer on the palate. It has nuance, personality and a certain character that translates to a bit of pride knowing it’s cultivated from your home turf. 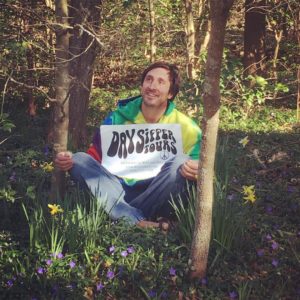 Speaking of palate, what ultimately makes a glass of wine different from a glass of beer? Easy. Beer is made with grain, yeast, and maybe some other things blended in (i.e. fruits, spices, etc.) so depending on the style of beer and how it’s made, you’re obviously going to be tasting differing flavors of the aforementioned products. Same with wine. You’re ultimately tasting what wine is made of….grapes. Now those tastes change given the year, the varietal, how they’re made (ie. on/off skins), and how they’re aged (ie. in barrel, not in barrel), but the end game is the same. You appreciate wine, just like you appreciate beer, for its nuances in flavor on the nose, on the palate, and on the finish. If you’re into flavor and if you want to be adventurous, don’t look past the local wine! Chances are you’ll find something that will eyebrow raise and maybe even set you off into a new realm of flavoring.

If you’re interested in getting down and learning more about wine, especially on the local level, hit me up! I’d love to chat and if you’re into a serious good time and are in Cape May County, I can take you around in my retrofitted, awesome, but terribly slow VW bus. Obviously, brewery stops are included!

Visit Day Sipper on the Web at

Alexis Chats with Thinking Outside the Bottle’s Robin Shreeves

What Makes a Great Brewery? Part Two – The Beer

How To Clean A Beer Glass