Ludlam Island Brewery was tasked to find a new name for Lamplight, their Juicy American IPA, when another brewery nicely asked them to avoid confusion with their brand.  The search for a new name was not easy and many suggestions were made by Ludlam’s dedicated fans as part of a contest to find a new name.  In the end, after much debating among the staff, the new name has been found.  The beer formerly known as Lamplight will now be called: 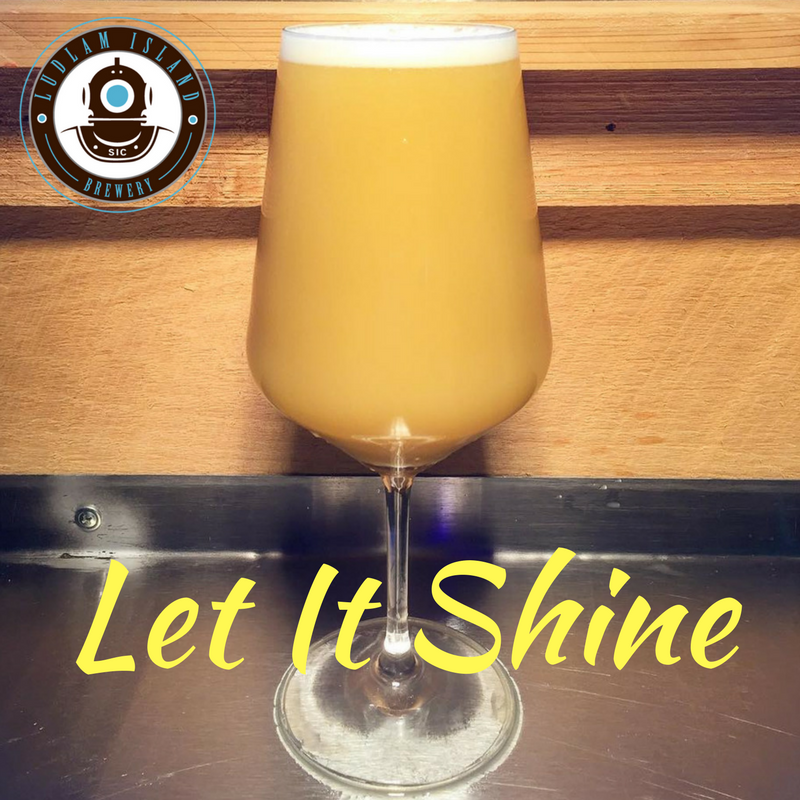 To celebrate the new name, a new batch was made that they double dry hopped with mosaic.  Assistant Brewer Brad told us it is “literally double the amount of the normal dry hop”.  Ludlam will be pre-filling about 300 Crowlers and they will go on sale this Saturday, December 2nd.  After this release, there will be no takeout of this double dry hopped version of “Let It Shine”, and it will only be going to a select few bars.

Check out Ludlam’s Facebook page for more information regarding the release!