The golden age of beer is before us, not behind us.

But where does all this start? Where does the fire, the passion, the love of brewing come from? For some, it starts with a birthday gift from the wife (or husband), maybe a Christmas present from dad, maybe something you saw on the clearance rack at TJ Maxx. For some, it may be a TV show that inspired them, a beer they had at a local brewery, maybe a conversation with a local brewer. There are as many stories and answers to the question “Why We Brew” as there are barrels of beer.

In this series we will talk about the history of home brewing, share some little known facts and speak to several South Jersey home brewers about their passion, creativity and energy for the craft. 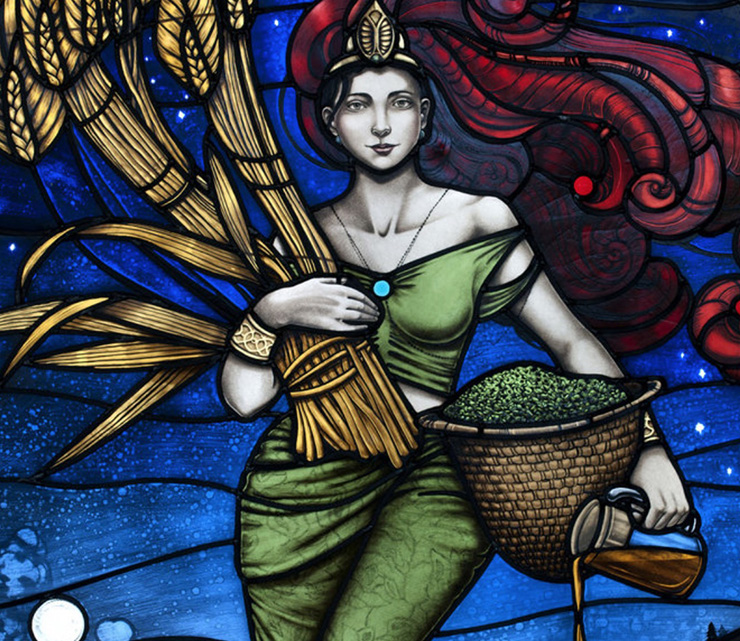 Ninkasi – The Patron Goddess of Brewing

We can’t talk about our modern home brewers, without delving into a little history. The first home brewers were from what is now Iran and chemical analysis has found pottery with evidence of beer production from 7,000 years ago. Clay tablets from Mesopotamia reveal that they were most likely women, and indeed a 4,000 year old poem honoring Ninkasi, the patron goddess of brewing was found.

“Ninkasi, you are the one who pours out the filtered beer of the collector vat.” Hey, it’s not Bob Dylan, but anyway, they liked their beer! Beer is even featured in the ancient Sumerian poem the Epic of Gilgamesh, “Enkidu ate the food until he was sated. He drank the beer, seven jugs! And became expansive and sang with joy! He was elated and his face glowed!” I think I saw that guy at AC Beer Fest.

King Hammurabi (the eye for an eye guy) even had laws for tavern keepers written into his famous code. Sort of a Mesopotamian ABC. The Sumerian beverage was very thick and oatmeal-like (Can you say sparging? Sorry home brewers joke) and would be consumed out of a large community bowl. They actually invented the straw so that a drinker would not get a mouthful of mash when imbibing. The Sumerian taproom had 20 beer styles, so they must have needed a lot of straws

About this same time, or even a little earlier, on the other side of the world the Chinese were brewing a similar drink. No internet, no Zymurgy magazine, no South Jersey Beer Scene, how was this possible? Hmmm…Maybe an idea for a future episode of Ancient Aliens?

Anyway, back to the Middle East. Good news traveled fast in those days, so Egypt got into the act. They tweaked the Sumerian recipe to create a lighter, more refreshing beer that could be poured into cups. I think they called it “Ramses Lite”. But they still kept the straws on account of it being cool.

Philosopher Pliny the Elder is credited with being the first person to mention hops in their writing.

The Greeks and Romans visited Egypt, had some beers with the Pharoah and said, “Eh, guess it’s alright, but it’s not wine.” Actually they thought it to be a low class drink, fit only for those barbarians in the north and “an acquired taste”. Emperor Julian actually wrote a poem (again, no internet so they did a lot of that in those days) comparing the scent of wine to nectar and the scent of beer to a goat.

Even though the Greeks basically trashed beer, philosopher Pliny the Elder is credited with being the first person to mention hops in their writing. My Latin is not as good as it used to be, so that may be up for debate. And now you know how one of the all-time great beers got its name!

We take a trip across the sea to Europe and brewing remains a home operation for thousands of years afterwards with women or “brewsters” doing the bulk of the recipe building and brewing. Every home was its own mini brewery. Ale was consumed at every meal, so the demand grew as did the reputation of some of these home brewers, and “ale houses” began to spring up.

In England, the 13th century saw food safety laws passed and as brewing was associated with baking the position of “ale conner” was created. Their role was to travel the countryside visiting these ale houses and certify the quality of the beer. Sometimes they would even be allowed to set the price for a batch of ale. In fact, the aforementioned Will Shakespeare’s father was the ale conner for Stratford on Avon. This position still exists in England today (London has 4), so beer judges, a good time to update your resume!

And we can’t talk about beer without talking about licenses, so in the 16th century, the first licensing of ale houses was required and the legislation set rules for each of the 3 type of drinking establishments. Ale houses could sell beer only (Ye Olde Food Truck not allowed!), Taverns had to sell food, wine and ale, Inns had to provide all these, as well as rooms. (Stop me if any of this sounds familiar!)

16th Century England had 14,000 ale houses, 1,631 inns and 329 taverns. That’s 1 tap room… errr ale house for every 264 people! The rise of Puritanism in England (as well as the introduction of a certain hemp based plant) saw the rise of commercial breweries as ale houses were branded as “dens of iniquity” “fraught with malt worms”. (I am learning a lot of new phrases as I write this!).

It’s All About the Hops 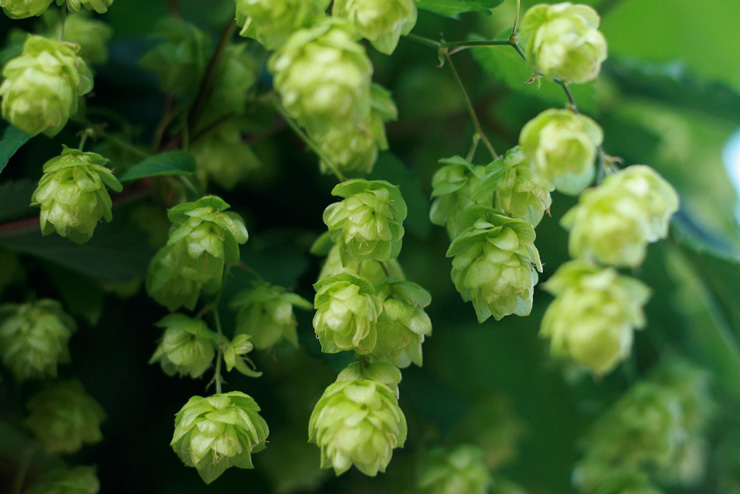 Nowadays, ale and beer are synonymous, however, in the 15th century non hopped malt beverages were called ales and the use of hops would make it a beer. And the introduction of this “pernicious weed” would change home brewing and economics forever!

Germany, Belgium and other Central European countries had been using hops in their beer since the 12th century, however, many monasteries were also brewing beer. Given the increased time and education the monks had the quality of their product soon outpaced home brewers.

In fact, due to the fire hazard, brewing in the home was outlawed and women were forced to brew in local bakeries, thus creating the first craft breweries. Meanwhile, the preservative qualities of the hop flower allowed brewers to make larger batches, build larger production facilities and “Big Beer” was born.

England fell in line with the hop revolution and by the 15th century, beer had largely replaced the non-hopped ale. However, this had a negative effect on the “brewsters”, as most of the wealth and capital needed to build the larger facilities was in the hands of the men. Financially, it became increasingly difficult for the small, women owned businesses to compete with the larger breweries. Negative depiction of brewsters in art and literature made it a socially unacceptable vocation, so unfortunately, many women were forced to abandon a craft that had been in their family for generations.

The 18th Century saw the Industrial Revolution complete the change to what we consider modern brewing introducing much more science and technology into the process. The invention of the steam engine and thermometer helped brewers control the temperature and flavor of their product.

The drunk history version of the Pilgrims and Mayflower was that they were supposed to land in VA but they ran out of beer. “Hey Standish, get me another Pliny the Elder out of the fridge!” (See what I did there). Actually they blew off course and when they saw how freakin cold it was in New England, they decided they had to stay. Anyway, yeah, beer was on the ship but mostly because it was safer to drink than water.

So why am I telling you this in a home brewing article? One word very familiar to home brewers… adjuncts! Oats, Molasses, Pumpkin, Corn any ingredient added after the mash, either for flavor, taste or simply to save money was considered an adjunct. Actually, pumpkin beer wasn’t brewed until 1771, but what’s 150 years among friends!

Noted home brewer, George Washington, is famous for his Small Brew recipe (among other things) which included 3 gallons of molasses. He must have had a nice set up, because his was a 30 gallon batch that also used a quart of yeast!

Brewing remained largely a home operation until in 1829 our Pennsylvania neighbor D.G. Yuengling & Son was founded and the brewery industry flourished for the next 91 years and then the meteor hit!

The 18th Amendment was passed in January of 1919 and took affect January of 1920. Prohibition! No transporting, sale, or production of alcohol and no home brewing allowed (HOWEVER, you could make wine at home!). By the way, you could also drink alcohol in the home, so those of you who hoard those cans and bottles of Russian Imperials, barley wines, etc for years would have been very popular during prohibition.

Some of the larger breweries survived by reformatting their factories to produce other products such as ice cream (Yuengling) and pottery (Coors). Producing beer was illegal, however, brewing ingredients could still be sold (including malt extract), so home brewing became an underground operation.

It remained that way because when prohibition was repealed in 1933, they forgot about home brewing… STILL illegal.

The Age of Home Brew Heroes 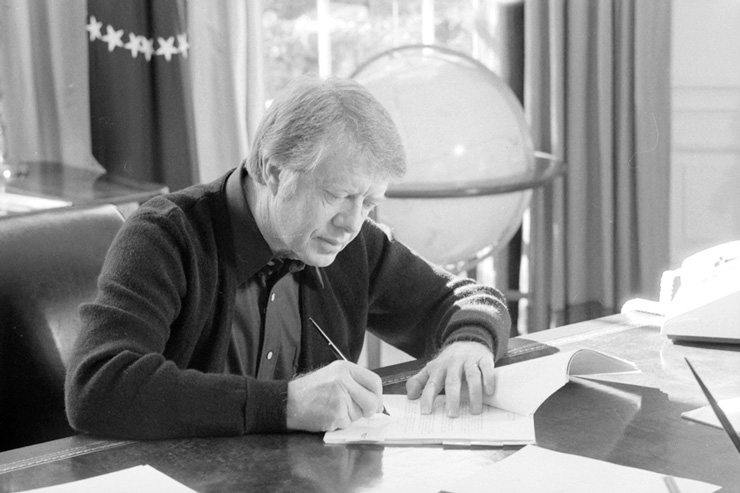 Although many brave souls, souls continued to brew (I distinctly remember the sound of glass water jugs filled with wort exploding in my friend Dave’s basement many years ago) home and craft brewing remained illegal. That is until October 14, 1978 when home brew hero, President Jimmy Carter, signed a law legalizing home brewing for personal use.

Shortly after that, Charlie Papazian, a legendary name in the home brew world formed the American Homebrewers Association which gave a voice, advice and community to thousands of outlaw brewers. Today the organization has over 46,000 members and estimates that there are over 1.1 million home brewers in the US. His book The Complete Joy of Home Brewing has served as a primer, reference book and bible to many of those.

The AHA hosts an annual competition, Homebrew Con, and the brewer who gains the most points at the competition gets the top award, named for our old friend Ninkasi, the goddess of homebrew. 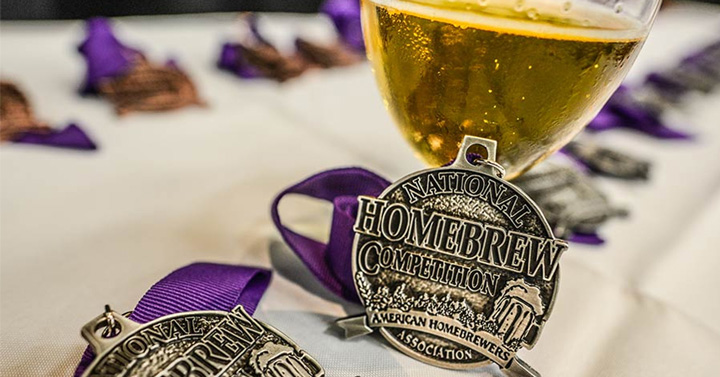 The association gave birth to home brew clubs and organizations (the AHA has over 1,700 registered clubs), the sharing of recipes, techniques and ideas. Of those 7,000 craft breweries we mentioned at the beginning, it is estimated that over 90% of those began life as home brewers.

And to think all this started with some friends, sitting around a bowl drinking beer through a straw.

Next in our series, we will speak to some South Jersey home brewers and have them give us their take on Why We Brew.

Why do you brew?

Hi Everyone. My Name is Clark and I Don’t Like IPA’s